One of the things I was looking forward to on my assignment in China was to learn more about the culture.  Live life a little more like a foreigner in a foreign land, but also a bit more like a local.  I wanted to stay longer than just a few week long business trip in a hotel, eating hotel food.  I specifically wanted to rent an apartment, and deal with things like a local.  So, we went apartment hunting in Wuxi, China!  Join us as we look at a few, and a tour of the apartment we now live in.


Keep in mind that these apartments may not be completely typical of an average local person’s place to live.  Due to being on a work assignment for my USA company, my budget was higher than an average local person’s housing budget.  That said, in the complex where I live, I would say 95% of the occupants are Chinese locals.  So it’s definitely within budget for many.

As mentioned in the video, nearly all of the housing here is high-rise apartment complexes.  People can either rent, or they can buy their apartment.  They do not call them “apartments”, but rather their “house”.  Housing prices throughout the cities in China have doubled in value, and doubled a few more times after that.  Some people’s homes or housing investments have increased ten-fold in about as many years.

Most apartment leases are 12 months, and I’ll be breaking the lease after 5 months.  The landlord knows this, and the company will be paying a one-month penalty because of this.  Our apartment is located about 1/3rd of a mile from a small shopping mall that has a supermarket and several restaurants.  Most evenings we will walk to that mall to have dinner, as I don’t cook much back in the USA, and most of the foods available in the grocery store here are unrecognizable to my culinary talents.  While many expats live in a different part of the city, I picked this place due to it being quite close to work.  Many days I bicycle to work, which is about 3 miles (5 km) away, but that may be the subject of another upcoming blog post.

Priya and I recently visited Nanchan Temple, in our temporary hometown, Wuxi, China (pronounced woo she).  The Buddhist temple was built around 500 AD.  It was a short walk to the subway station, then a very short subway (Metro) ride ($0.30 to ride!) two stops away to a station right at the Nanchan Temple.  We were greeting with some pretty weird things immediately before entering.  Check out the video below to see all about it. (Click here to watch it in YouTube at full 1080p resolution.)

Here’s some photos from Nanchan Temple.

We got your chicken feet, anyway you like them! Deep fried, pan fried, steamed and breaded. About $2 per plate.

I was really hoping to have much more time to blog and make videos of our experiences in China.  But just like that, poof, three weeks have flown by without any new blog posts.  I guess I don’t have any excuses other than I haven’t made any time for it.  My weekdays are 10+ hours in the office/commute, going to the in-hotel executive lounge for a dinner (wine/beer, appetizers, bread), then back to our room for me to spend another 2-3 hours on conference calls and answering emails coming in from the USA (they’re just getting in to work).  No time for social media.  In fact, very little social time with my daughter on weekdays.

Weekends have been sleeping in an extra hour or two, then a leisurely breakfast, some time working on photos/videos, and then venturing out creating new memories and experiences.

Big breakfast (only half of the food!)

Sorting out the legalities

Before I left the USA, there was some visa requirements to take care of that I mentioned here and here.  As expected, after arriving in China there would be a few more hoops to jump through.  As my original entry visa only was valid for 000 days (yep, zero days), we had to work quickly to get everything in order.

The first step was to get another medical exam, this time here in China.  I had the benefit of being assigned a “handler” from our company’s immigration attorney firm.  They emailed me the address of the Travel Health Care Center and expected me to find my way there.  There’s an app here in China called DiDi, which is nearly identical to Uber or Lyft.  Having used Uber only once before, the concept was still very new to me.  Adding to the complexity, the DiDi (taxi) drivers speak zero English (and I speak nearly zero Mandarin Chinese).  With the help of a local co-worker, he showed me how to enter the address into the app and I made it there just fine.   Didi/Taxis are fairly cheap here.  When I took one in Chicago to get to the Chinese Consulate, it cost about $10 for 1.4 miles (2.3 km).  Here in Wuxi, China, it’s about $3 USD for 6 miles (10 km).

The handler met me outside the clinic and then led me around at a nearly running pace, as if she was getting paid to complete the process in 5 minutes or less.  In the 90F/32C and high humidity, I immediately started sweating buckets.  We went to the registration desk, then climbed a couple flights of stairs where she would proceed to barge into examination rooms, with examinations currently being conducted on other patients, and stand within a foot of the physician as if to tell him, “hurry up…you’re wasting my time”.  I’m not used to that lack of privacy in a hospital/clinic, so I stayed many paces back, generally outside the door that she charged into.

She rushed me around to about 7 stations, intruding on each of the patients already being examined.  Each exam only took a few moments.  Not sure why she couldn’t wait those few moments for the prior patient to be completed!  I had another ultrasound (the baby is healthy, but the ultrasound technician did claim I “have a large liver”…maybe it’s all the beer), a vision test (which only consisted of a single color-blind test), a blood pressure station (holy cow…I must have been really stressed out), and a few other tests, including blood and urine samples.

Maybe I was stressed out because one of the exams had a physician with an ancient head mirror.  I didn’t know anyone from this century still uses them?  Even the Fisher Price Medical Kit doesn’t come with them any more.

They still use these things?

Or maybe it was the ancient EKG that they hooked me up to that still used the suction cup electrodes?  And they left hickeys all over too. 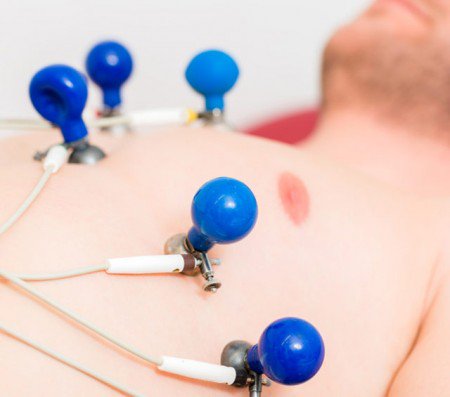 A visit to the police station

After the medical check was completed, I handed over my original Master’s degree diploma, and the immigration attorneys submitted the paperwork to apply for my work permit.  This normally takes about 3 weeks, but it was completed in a little more than one.  Immediately after my work permit was granted, I needed to apply for a temporary residence permit.  This must be done at the PSB – “Public Security Bureau”, otherwise known as a local Police station.  The immigration people sent me the address, and I used a DiDi taxi to get there (I’m becoming proficient!) and the same “handler” met me there.

Wow, there were so many people at the police station.  And I’m not talking about criminals!  Actually, there were lots of pretty women (no, not prostitutes), their children, and a few men/fathers.  I’m told that many of them were seeking passports, as it was the start of the summer break from school and it’s common to travel somewhere during the break (especially to escape the heat and humidity of China).  In the case of a foreigner, they must register their residence location within 24 hours.  Most people travelling on business are not aware of this requirement because the fancy international hotel that you stay at takes care of this for you.  This is also the reason that you cannot stay at a small “Chinese” (not part of an international chain) hotel…they don’t want to mess around with registering the foreigners at the PSB.

Once I move from the hotel to an apartment, I have to visit the police station again to register my new residence location.  Technically, if I visit a friend overnight, I have to register with the PSB that I’m sleeping there.  Pretty weird, big brother stuff.

We did some other touristy stuff…I’ll write about that soon.