We now have our first week behind us in China.  We enjoyed ourselves, other than the daily 93°F (34°C) temps.  Generally there has been a slight breeze, which makes it tolerable if you’re not in the direct sun.  Due to the “fog” that’s nearly always present in China, the sun isn’t very strong as it filters itself past the airborne particles.

The first week was more like a typical business trip than moving to a new country.  Still in the honeymoon stage.  We’re still staying in a nice hotel, eating safe hotel food, and not struggling with much yet.  One thing different is having my daughter along.  It’s not like having beers with co-workers after work, but there are better photo-ops with my daughter.

Flowers on a near-by walk

Priya under a pergola

We spent quite a bit of time this week looking at apartments.  We had nine appointments lined up for Tuesday afternoon, but three of them went off the market before noon!  We had even worse luck on Wednesday where we had six lined up and four went off the market by noon.  We went back to take a second look at two places on Friday and asked the agent to start negotiating with the landlord on one of them.

I’ll do a future post going into more depth on apartment hunting in China, but in the meanwhile we are enjoying living in a hotel (for now) and exploring many of the things that are near-by.

There’s a small temple very close to our hotel.

About 1 mile (2 km) from our hotel is Wuxi’s famous Nanchang Street, which is a walking street that has been renovated to look like an old canal village street. The views are nice during the day, but even better at night, so we are planning a return trip soon.  The street is lined with shops, restaurants and bars.

There’s also a large park directly across the street from the hotel.  Many people gather there for Tai Chi, a walk, to ride the miniature battery powered cars, or to fly kites.

These kites (circled) are flying higher than our 22 story hotel

The first 24 hours in China have been good.  Our 14.5 hour direct flight went well, although neither of us got more than about 1 hour of sleep on the plane.  It’s likely because we landed shortly after midnight in our (previous) home time zone, and we’re both night owls.  Immigration went well, and much to my surprise, our bags were not inspected in customs.  This was quite a relief, as I didn’t have to explain the hard drives filled with movies and TV shows that were likely against their censorship policies, not to mention their copyright policies (oh, wait).

We landed in Shanghai, but our new home is in Wuxi, about a 3 hour car drive away.  Depending upon the definition of “largest city“, Shanghai qualifies as #1 with it’s 24 MILLION people, which is three times bigger than USA’s largest city, New York.  I thought it would be good to show my daughter the world famous Shanghai skyline before continuing on to Wuxi.

Approaching Shanghai, and 2nd tallest building in the world

Some of the famous Shanghai skyline

Our first family photo in China

We are already famous (infamous)

We strolled along the famous “Bund” area in Shanghai, taking photos and doing a little people watching.  At one point, END_OF_DOCUMENT_TOKEN_TO_BE_REPLACED 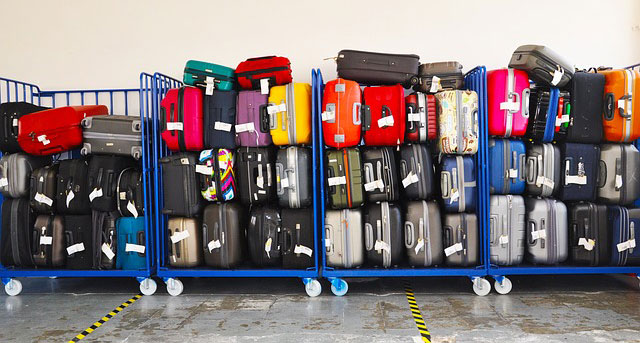 Of course I started by making a checklist.  But the more that I wrote on the list, the more I remembered I needed to add to the list.  There’s things that you want to bring along with you that you wouldn’t take on a normal short trip.  END_OF_DOCUMENT_TOKEN_TO_BE_REPLACED

Photo credit: A New Day in Chicago by Roman Boed CC BY 2.0

I’m feeling a bit sad.   I’m driving home after a work event social event, where I just let the cat out of the bag to my coworkers that I’m moving to China for 6 months.  I have the windows down and music loud as I drive down a road along the world’s 4th largest freshwater lake.  It’s a beautiful 68°F (19°C) night with no humidity.  I will greatly miss this.  I love the cool nights and beautiful sunny days, often sailing on that lake.  I reflect on what it will soon be like.  Nearly 90° in early June, very high humidity, sweating my ass off.  And even hotter in July and August.  I’m not looking forward to that.   I will miss the people that I’ve come to know here.  The comfort in the familiar.  My home sweet home.

There will likely be new friendships to be forged in this new land, completely on the other side of the world.  But that is still unknown.  A foreign people, a foreign land.  Will they have the same things in common as I do?  Or will they find me so foreign and unrelatable?   Will they make me feel at home? Or will I feel truly a foreigner?  I like to think that I’m a relatively easy to talk to guy, and might not have a very difficult time befriending my new coworkers and maybe even some neighbors.

But what about my daughter?

Will my daughter be so homesick that she cannot stand to stay there another moment?  Or will she END_OF_DOCUMENT_TOKEN_TO_BE_REPLACED

If there’s one thing that has literally kept me awake at night before moving to China, it’s the censorship in China.  While I really don’t care about politics at all, the part that has me worried is the censorship of the internet.  We have all heard of the Great Wall of China.  But there’s also the Great Firewall of China.  China has the most restrictive internet in the world, where they block over 8,000 domains.  While most of those websites aren’t of interest to me, they also block essentially every site that I do use!

While I don’t use everything on that list, much of what I do use is on that list!  I use all of those Google products.  This blog is run on WordPress (along with most blogs in the world, 60% market share, over 239 million websites).  Priya and I both spend a lot of time watching YouTube for entertainment or learning. We use Google Hangouts for free VoIP calling anywhere in the USA…we listen to music on SoundCloud…we use Wikipedia for research.

VPN to the rescue

As I’ve already mentioned, there’s a lot of steps to go to China, especially if you plan on working there.  This next step included another trip to the Chinese Consulate in Chicago.  I don’t really like going to Chicago.  I don’t really like big cities, which is why I live in a mostly rural area.  (So why am I moving to a city in China where the population is double that of Chicago, right?  I guess that’s a topic for a future post.)  I had recently visited the consulate twice previously, in order to apply for, and pick up, my daughter’s tourist visa.  We were very fortunate to be granted a 90-day duration visa for her, as they typically only grant 30 or 60 day stays.  Since she is staying for 80+ days, this will save us a lot of money.  If she wasn’t granted a 90-day stay, we would need to either leave the country within 60 days and re-enter (saving us international flights, hotels, etc. just for a “visa run”), or we could have applied for a dependent visa, which would have cost me $1000 in immigration lawyer fees versus a $140 tourist visa.

I live up in Wisconsin, so Chicago isn’t exactly close.  Since the Chinese Consulate was heart of downtown Chicago, getting there isn’t END_OF_DOCUMENT_TOKEN_TO_BE_REPLACED